On Wednesday, the NAC handed out disciplinary action to the three fighters, who all tested positive for different banned substances. The suspensions and fines varied for each fighter.

Fighters suspensions will only terminate on the basis that all fines and fees are paid – and the fighter followed and passed all additional required drug testing procedures. 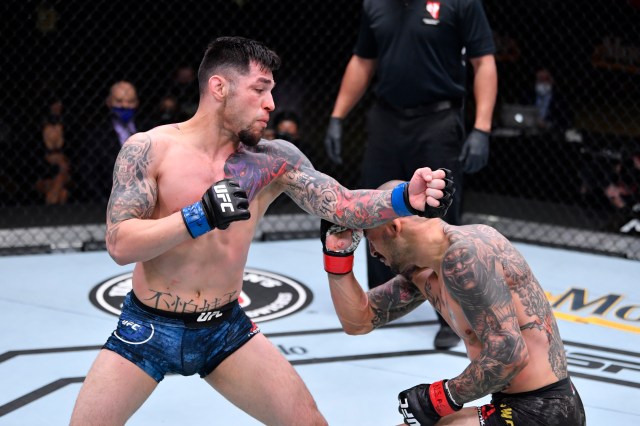 Veteran MMA fighter Daniel Pineda’s June 26 fight was a difficult one. Against Andre Fili, he was poked in the eye. The foul rendered Pineda unable to continue and the fight was ruled a “no contest.”

Shortly thereafter, the urine sample Pineda produced on fight night tested positive for amphetamine, a banned substance under the NAC rules. As a result, Pineda was handed a nine-month suspension Wednesday, retroactive to the positive test. He was also fined a total of $2,554.38, accounting for the violation and subsequent legal fees.

Pineda will be eligible to compete once again March 26, 2022.

Wednesday was not the first time Pineda tested positive for a banned substance. In late 2019, Pineda was pulled from