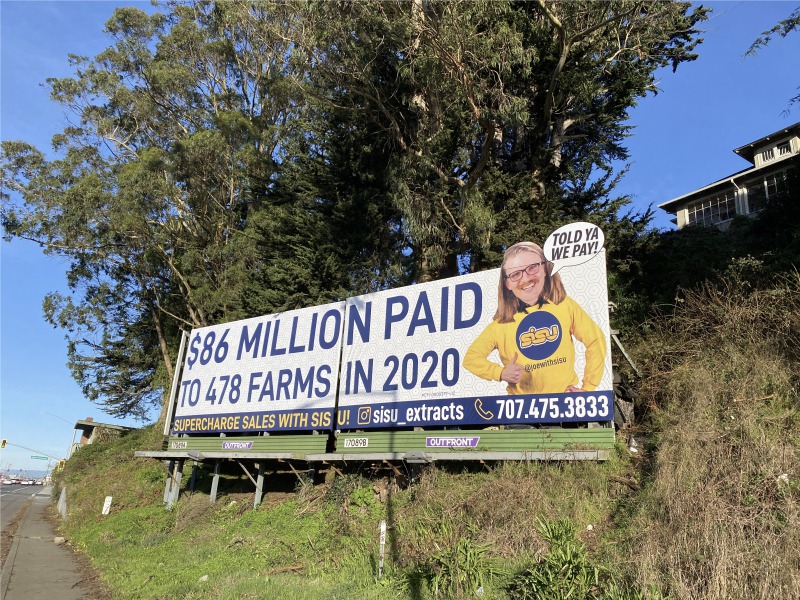 A recent court ruling out of Southern California is bringing an end to billboard advertising by licensed cannabis companies on highways that cross state borders. This includes the busiest thoroughfare in Humboldt County — Highway 101.

The voter-approved Proposition 64, which legalized recreational use, includes a provision saying businesses can not “advertise or market on a billboard or similar advertising device located on an Interstate Highway or State Highway which crosses the border of any other state.” Billboard advertising is permitted on all other roads.

But when state regulators crafted the language governing the minutiae of business operations, the Bureau of Cannabis Control’s (BCC) regulations only went as far as blocking cannabis interstate highway billboard ads within 15-miles of the California border.

A concerned citizen sued in protest of this apparent violation of state law (per Prop. 64), and a judge in the San Luis Obispo County Superior Court decided the case in the man’s favor, essentially stating that the BCC had overstepped its authority with its interpretation of this particular provision. (The judge didn’t disagree with the text of the BCC regulations, but ruled that BCC’s interpretation was contrary to state law.) 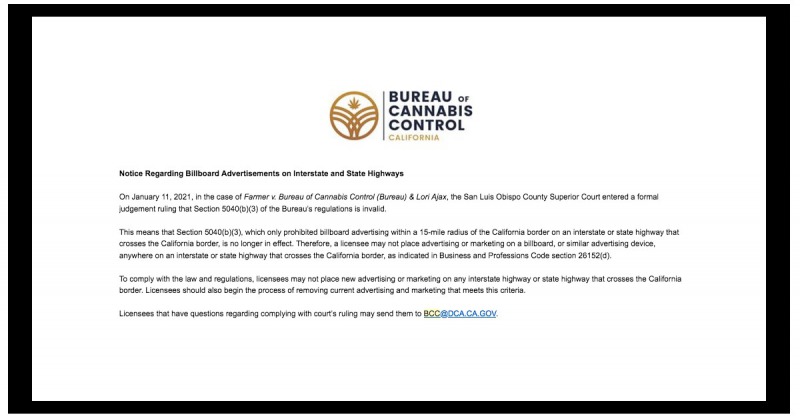 Screenshot of the Bureau of Cannabis Control’s notice.

Now all of the billboards on interstate highways must come down — not just billboards for dispensaries and retail-ready brands, but billboards for all licensees, including distributors, manufacturers and cultivators alike. The BCC does not appear