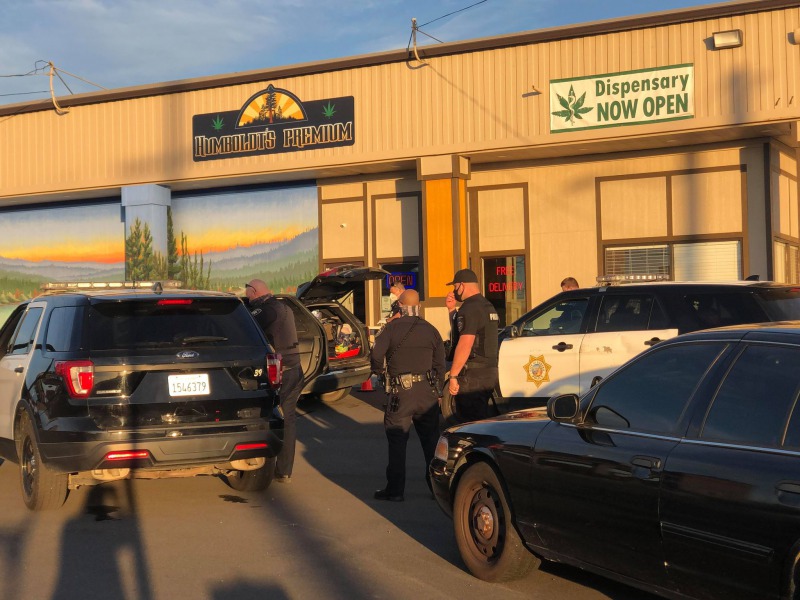 Officers ponder a sticky situation in front of a local dispensary. [All photos and video by Ryan Hutson unless otherwise credited]

Eureka Police found themselves in a potentially sticky situation when the three occupants of a rental vehicle reported stolen from a Nevada car rental company and tracked via the OnStar GPS system began disputing the crime after they were stopped at gunpoint while attempting to purchase cannabis at a local dispensary. 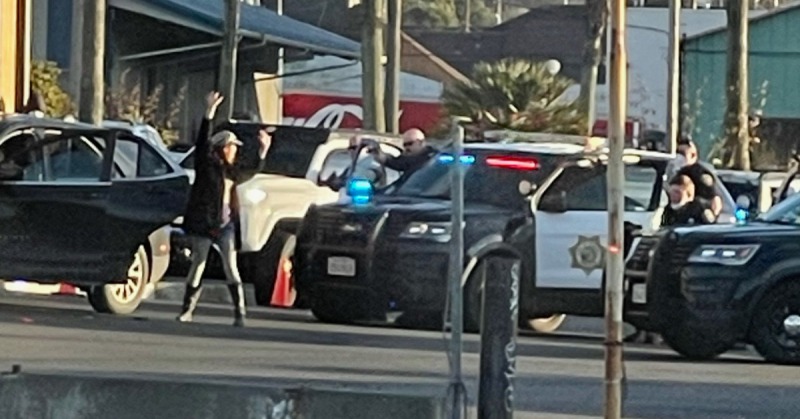 One of the travelers in the vehicle is ordered to walk backward towards officers with their guns drawn. [Photo from Tierney Pitre]

About 5:23 p.m., the officers pointed guns at the vehicle in front of Humboldt’s Premium and ordered, what turned out to be international travelers, to come out of the vehicle.

As of 6 p.m., it appears that the travelers are not being held. However, the car is being returned to the rental company and the three travelers are having to pull their belongings from the car as it is being confiscated.

The rental company, Enterprise, confirmed the car is a stolen vehicle, according to the Eureka Police Department. However, the driver who is on the rental contract says that he has been paying the fees for what he described as a long-term car rental. Based on his story, officers are citing and release him for possession of stolen property.